Chicago Rope is excited to welcome Barkas & Addie for weekend of classes. Private lessons will also be available.

Movement and Communication through Rope

per person observing or floor tying

per person floor tying or observing

Self suspension presents a different set of challenges and rewards. The ability to push and explore on one’s own terms has always been one of its main draws. At the same time, there are additional safety concerns: different leverage, drains on strength and stamina, different rope handling techniques, and a hampered ability to handle trouble spots. We’ll start with the basics of self suspension, from line management to common ‘oops’ spots to practice exercises, and then build a versatile, highly adaptable self suspension sequence not based around a hip harness (though one can be added). This class has lots of practice time and will be tailored to match the skill levels of participants.

We have eight slots available in this class for those who wish to self-suspend. We will open a waiting list when all of the suspension slots have filled. Attendees may also register to floor tie or observe at a reduced price. Permission to suspend will be granted at Addie’s discretion based on her evaluation of the safety of the tying of the participant.

Knowledge of suspension mechanics, the ability to quickly and reliably tie a non-collapsing single column tie, and a basic upline

Suspension kit including at least eight lengths of 8-10m jute or hemp rope (between 5 and 7mm), ring, carabiners, and slings

Movement and Communication Through Rope

In this workshop, Barkas & Addie will take participants on a journey through the many meanings of rope. They will discuss communication through rope, movement with rope, and space in the context of rope. This is an opportunity to gain a deep insight into the philosophy and technique of Barkas & Addie’s work.

Registration for the intensive includes a Technical Review Session on Friday night from 6-7PM with Chicago Rope staff along with admission to the Performance Night. The Technical Review Session will focus on single and double column ties as well as munter and half-hitches. If you are newer to Japanese rope or feel you need more work on these skills, we strongly encourage you to attend the Review Session to ensure you get the most out of the weekend intensive.

A good understanding of single column and double column ties; a willingness to share emotional experiences with your partner

Join us for live rope performances by Barkas & Addie and Chicago Rope staff. After the performances, the studio will be available for tying and socializing. Come watch some great rope and meet other rope lovers.

This class came about as the result of a series of discussions about collaboration and active participation, issues around power and influence, successes and learning experiences, and why and how we do what we do. It has since evolved into a manifesto of sorts, one that asks for individuality and empowerment. How might we (re)structure the way we self-describe, prioritize, interact as individuals and social groups in order to grow a positive and constructive community, on whatever scale? This class offers concrete, practical methods by which individuals and groups (whatever their relationship to rope) can actively engage in a collective centered on healthy interactions, positive growth, and empowerment.

Chicago Rope is offering this session at no charge because we believe the content is vitally important. Donations will be accepted to help us offset presenter and venue fees. We encourage all interested parties to attend, regardless of your involvement with rope. 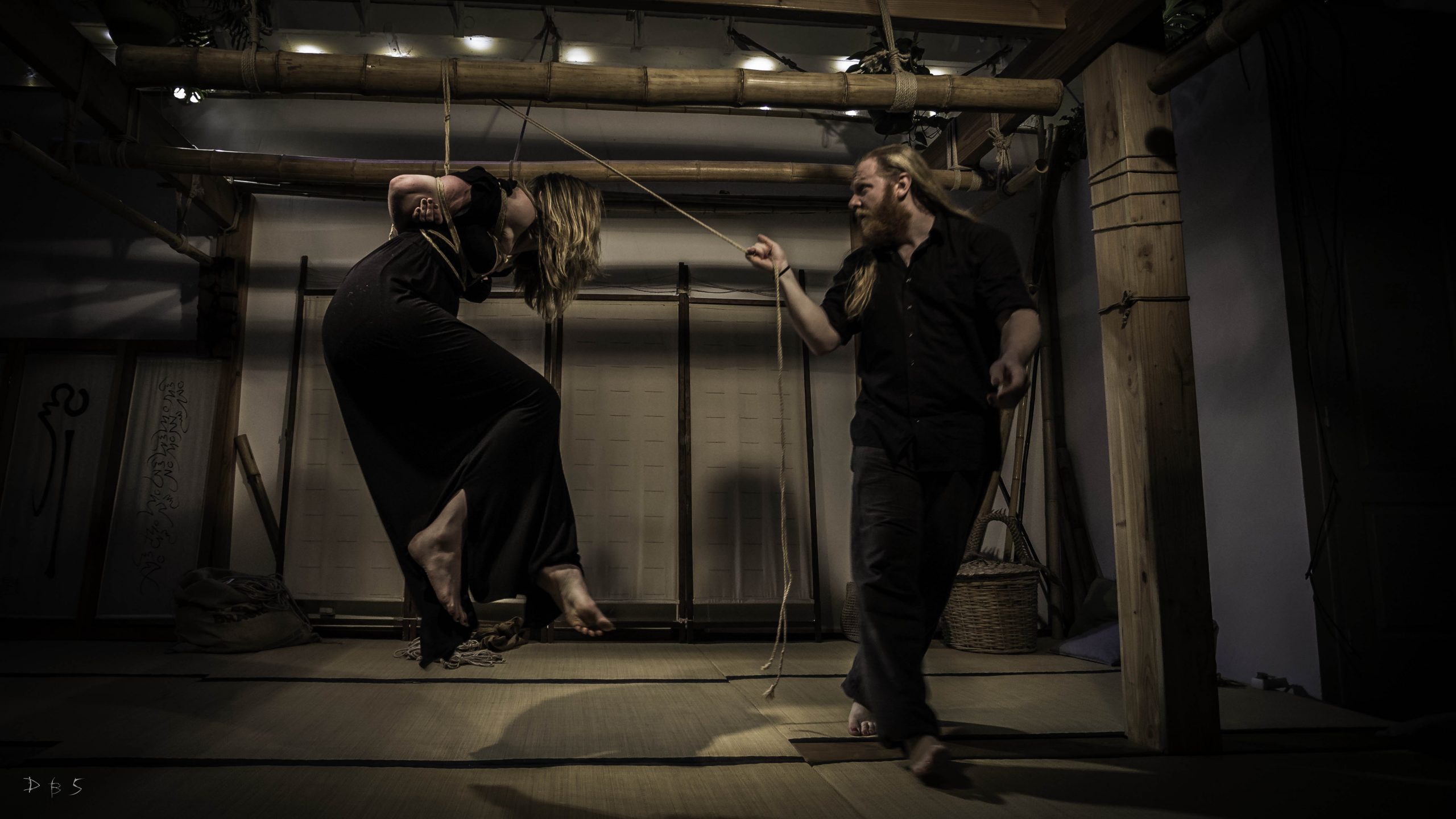 Barkas is a rope educator, performance artist, and writer. Their contributions to the rope narrative include the development of Ranboo, the Interview Metaphor, and the “City of Kinbaku” Originally from Vienna and now residing in Vancouver, they are the cofounder and caretaker of TheSpace2.

In addition to ongoing teaching locally, they continue to travel, perform, and give workshops internationally; some highlights include Shibaricon in Chicago, Moscow Knot, Kannawa Kai in Tokyo, West Coast Bound in Vancouver, FIRE in Orlando, Bondage Expo Denver, Place des Cordes in Paris, Anatomie Studio in London, and EURIX Berlin. 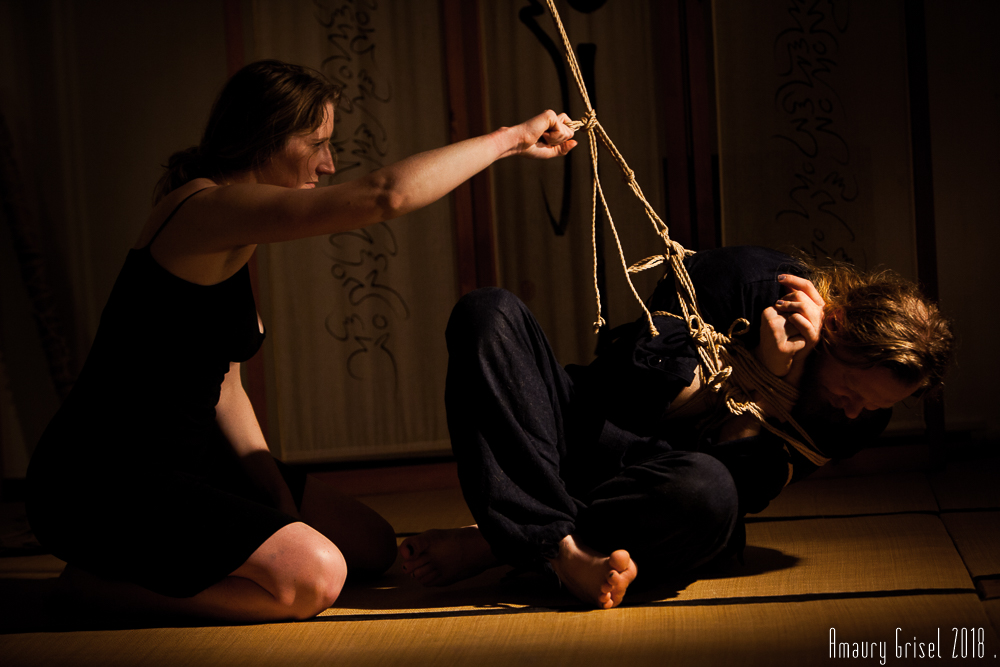 Addie has been practicing rope for several years now. She enjoys tying, being tied, and self-tying, as well as performing and educating. Her teaching is informed by her professional background as a nurse, mixed with a wicked sense of humour and the goal of providing impactful, practical, and adaptable techniques and information for the wide variety of individuals who enjoy rope. Addie has spent the last four years teaching around the globe with her partner Barkas, providing information from and for the person being tied. Together, they opened and co-run TheSpace2 in Vancouver, a venue dedicated to the exploration of rope and its contexts and expressions.

This is an 18+ event. You must bring a government-issued ID to verify your age in order to be admitted.

Registration for the weekend intensive is sold per tying pair. We ask that you work with the same partner for the duration of the intensive. If you would like to change partners during the intensive, please contact Chicago Rope ahead of time. No partner is needed for the Friday Self Suspension Workshop, the Saturday Performance Night, or the Monday Building Community class.

The dress code at all Chicago Rope events is rope casual. Casual means something you would feel comfortable wearing shopping, running errands, or in any other conventional public space. Clothing that would not be appropriate in public spaces, such as fetish gear, is not a good fit for our events. We recommend wearing something suitable for moving around, being on the floor, and physically interacting. Many people find that yoga or fitness-oriented clothing works well. It is best to avoid wearing strong fragrances. Also please keep in mind that Outerspace Studios does not allow outdoor shoes to be worn inside their studios. There is an area to remove street shoes at the top of the stairs prior to entering the studio.

There are a few hotels within walking distance of the intensive, including The Robey ($$$), Wicker Park Inn ($$), Urban Holiday Lofts ($$), Holiday Jones Hostel ($), and Superior Studios ($). Many more options, including all of the hotels in downtown Chicago, are easily accessible within a short ride on the CTA Blue Line. Uber and Lyft are very useful if you are not staying near the CTA. Airbnbs are also plentiful in Chicago, although availability varies.

Our studios at Outerspace are at the top of a long flight of stairs and have no elevator. We regret that this limits access to our events. We are happy to provide whatever accommodations we are able to. Please contact us directly for more information.

Our events are held at Outerspace Studios in Wicker Park, directly above Volumes bookstore. The Damen blue line stop is very close to the studio.

When you arrive, press the button for “Sun Studio” and you will be buzzed in. The studio is up the stairs to the right. The venue requires that shoes be removed at the top of the stairs prior to entering the studio.

Parking can be difficult in this neighborhood but often can be found on Milwaukee or on the streets surrounding the park. We recommend that those who are driving allow at least 15 minutes extra time to find parking.

Please note that Outerspace Studio is not wheelchair accessible. Entering the studio requires ascending a long flight of stairs.